Case Studies
Do you have a query?
Home » Case Studies - Food Manufacturing

MEB Foods in Melbourne VIC came to us looking to reduce mould in the air and on surfaces and after placing two BioZone units in their business their mould count had successfully dropped drastically in days and they are very pleased with the results.

Black Swan Dips in Melbourne VIC have installed BioZone to make sure they have a clean hygienic environment to produce their food products.

Baraka Foods Byron Bay NSW came to us looking for solutions to reducing air and surface mould,after placing BioZone in their premises issues are resolved.

Sizzler have installed BioZone nationally to keep their food and ice at the highest standards for customers.

Arnott's Biscuits QLD use BioZone's solutions to keep their air clean and hygienic 24 hours a day 7 days a week.

Lite N Easy QLD installed BioZone to keep their food manufacturing clean and hygienic and at the highest standard for food preparation.

JP Patisserie use BioZone in their cool rooms to keep their food free from mould.

Australian Food Industries use BioZone to keep their food processing rooms free from bacteria and mould. 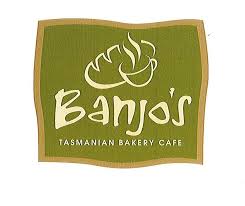 Banjo's Bakery Cafe Hobart Tasmania use BioZone in their cool rooms free from bacteria and mould.

KARVE IT UP Meats  Melbourne VIC have BioZone installed in their coolroom to give them a clean fresh hygienic environment.

Some of our other customers that are benefiting from using BioZone are: